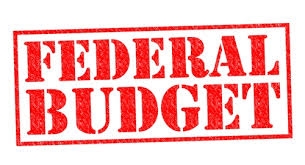 The government will introduce a $500,000 lifetime non-concessional contributions cap.

The lifetime cap will take into account all non-concessional contributions made on or after 1 July 2007 (i.e., from the 2008 income year) and will be indexed in $50,000 increments in line with average weekly ordinary times earnings.

If an individual has exceeded the cap prior to commencement date (being 7.30 pm (AEST) on 3 May 2016 (i.e., Budget night)), they will be taken to have used up their lifetime cap but will not be required to take the excess out of the superannuation system.

However, if after commencement, an individual makes non-concessional contributions that cause them to exceed the cap, they will be notified by the ATO and must withdraw the excess from their fund. Individuals who choose not to withdraw contributions will be subject to penalty tax.

Note that, similar changes are proposed to apply to contributions into defined benefit accounts and constitutionally protected funds.

Allowing people to carry forward their unused concessional cap provides them with the opportunity to ‘catch-up’ if they have the capacity and choose to do so.

The measure will also apply to members of defined benefit schemes.

From 1 July 2017, the government will remove the tax exemption on earnings of assets supporting Transition to Retirement Income Streams (‘TRIS’), being income streams of individuals over preservation age but not retired. Earnings from assets supporting a TRIS will be taxed at 15%.

Importantly, this change is proposed to apply irrespective of when the TRIS commenced.

From 1 July 2017, the government will introduce a $1.6 million ‘superannuation transfer balance cap’ on the total amount of accumulated superannuation an individual can transfer into pension phase. Subsequent earnings on this pension balance will not be restricted.

By way of background, under current law, if a fund member moves from accumulation phase into ‘pension phase’, earnings on assets supporting the pension (income tax and capital gains) are tax- free in the fund (assuming no non-arm’s length income and that the asset in question is a ‘segregated pension asset’ or the fund is wholly in ‘pension phase’). Furthermore, there is no limit on the amount of accumulated superannuation that an individual can transfer into pension phase.

Under the proposed change, the ‘superannuation transfer balance cap’ will index in $100,000 increments in line with the consumer price index and a proportionate method will apply to determine the percentage of the cap space an individual has available at any point in time (e.g., if an individual has previously used up 75% of their cap they will have access to 25% of the current (indexed) cap). Note that, subsequent fluctuations in the pension balance due to earnings growth or pension payments are not considered when calculating cap space.

Under the proposed changes, if an individual accumulates amounts in excess of $1.6 million, they will be able to maintain this excess amount in an accumulation phase account (where earnings will be taxed at the concessional rate of 15%).

Importantly, fund members already in pension phase with balances above $1.6 million will be required to reduce this balance to $1.6 million by 1 July 2017 (e.g., it seems such action may include the withdrawal of funds from the superannuation environment, or return a portion of the balance held in pension to accumulation phase via a partial commutation).

It is proposed that, if the $1.6 million cap is exceeded, the excess amount plus earnings on the excess will be subject to a tax. It is not currently clear as to whether individuals will have the option to withdraw the excess to avoid this penalty tax (i.e., similar to the tax treatment currently afforded excess non- concessional contributions).

2.5 Changes to the contribution rules for those aged 65 to 74

From 1 July 2017, the government will remove the current restrictions on people aged 65 to 74 from making superannuation contributions for their retirement. Specifically, the government will remove the requirement that an individual aged 65 to 74 must meet the ‘work test’ before making voluntary or non- concessional contributions to superannuation.

From 1 July 2017, the government will change the law to allow all individuals under age 75 to claim an income tax deduction for personal superannuation contributions. Individuals who are, for example, partially self-employed and partially wage and salary earners, and individuals whose employers do not offer salary sacrifice arrangements will benefit from the proposed changes.

The lower Division 293 ‘income’ threshold will also apply to members of defined benefit schemes and constitutionally protected funds currently covered by the tax.

2.8 Removal of the anti-detriment provision in respect of death benefits

From 1 July 2017, the government will remove the anti-detriment (deduction) provision.

Briefly, the anti-detriment provision allows the spouse (or former spouse) and/or children of a deceased fund member to effectively obtain a refund of all contributions tax paid by the deceased member during their lifetime.

The government will remove the rule that allows individuals to treat certain superannuation pension payments as lump-sums for tax purposes (which currently makes them tax-free up to the low rate cap of $195,000).

Currently, an individual drawing down an account-based pension from their superannuation fund can generally make an election, under special income tax rules, for a benefit withdrawal not to be treated as a pension benefit. If such an election is made, the benefit withdrawal is treated (and taxed) as a lump sum benefit instead. As a result, the taxable component of such a withdrawal can be tax-free up to the low-rate cap (i.e., currently, $195,000), where the recipient member has reached their preservation age (but is under the age of 60).

The low income spouse tax offset provides up to $540 per annum for the contributing spouse.

In addition to the above, the government will make additional changes to support older Australians, including allowing individuals to make contributions on behalf of their spouse who is under age 75, without the need for the spouse to satisfy the work test.

From 1 July 2017, the government will introduce a Low Income Superannuation Tax Offset (‘LISTO’) to reduce tax on superannuation contributions for low income earners.

The LISTO will replace the Low Income Superannuation Contribution when it ends on 30 June 2017.

For 2015/16, the Medicare Levy low income thresholds will be as follows:

From 1 July 2016, the government will increase the current 5% tax discount (referred to as the SBITO) to 8%. The discount is currently available to an individual in receipt of income from an unincorporated small business entity (‘SBE’) (i.e., basically, an entity with an aggregated turnover of less than $2 million), and applies to the income tax payable on the business income received from such an entity.

The discount will remain constant at 8% for eight years, and will then increase to:

Franking credits will be distributed in line with the rate of tax paid by the company.

From 1 July 2016, the government will increase the SBE turnover threshold from $2 million to $10 million. The current $2 million turnover threshold will be retained for access to the small business capital gains tax (‘CGT’) concessions, and access to the SBITO (i.e., the increased 8% tax discount) will be limited to entities with turnover less than $5 million (as noted above).

The increased $10 million turnover threshold will allow an additional 90,000 to 100,000 business entities to gain access to certain small business concessions, such as the following:

The government will provide $678.9 million to the ATO over the forward estimates period to establish a new Tax Avoidance Taskforce. This will enable the ATO to undertake enhanced compliance activities targeting multinationals, large public and private groups and high wealth individuals.

The government will also ensure the ATO has access to the information it needs by enhancing information sharing between the ATO and the Australian Securities and Investments Commission. This supports the operation of the Taskforce through improved risk analysis and detection.

Overseas suppliers that have an Australian turnover of $75,000 or more will be required to register for, collect and remit GST for low value goods supplied to consumers in Australia, using a vendor registration model.

This change requires the unanimous agreement of the States and Territories.

From 1 July 2018, the government will make targeted amendments to improve the operation and administration of Division 7A of the ITAA 1936, as a result of a number of recommendations from the Board of Taxation’s Post-implementation Review into Division 7A.

These changes will provide clearer rules for taxpayers and assist in easing their compliance burden while maintaining the overall integrity and policy intent of Division 7A. The amendments will include: