Second Round of Government Stimulus 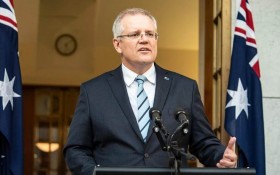 While the full economic effects from the virus remain uncertain, the outlook has deteriorated since the Governments' initial Economic Response  announced on the 12th March 2020.

On Sunday 22nd march, the government announced a second set of economic responses which, combined with the previous actions, total $189 billion across the forward estimates, representing 9.7% of annual GDP.  The key elements of the latest stimulus are as follows:

If you would like help on how the Government stimulus package applies to you please contact us..