How the New Super Changes will effect You and What You Need To Do Now...Before it's Too Late! 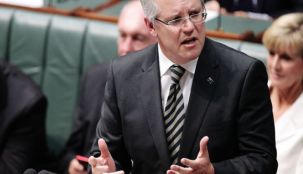 Significant changes to superannuation were proposed in the 2016/17 Federal Budget designed to improve the superannuation system. While some of the changes are positive, some were negative and others controversial. Let's take a look at the main changes and their impact including how you can to take advantage of the new rules before 30th June 2017. 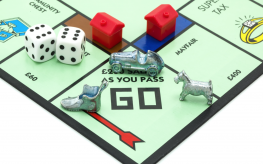 concessional contribution amounts (i.e. $25,000 p.a.) on a rolling basis for a period of up to five years and then make a larger "one off" contribution anytime during those five years. This is an advantage for individuals who have fluctuating levels of income which may result in periods of no, or limited contributions to superannuation.

Individuals with superannuation balances of more than $1.6 million will no longer be able to make (NCC’s) after the 1/7/2017. They will however, still be entitled to make concessional contributions of up to $25,000 p.a.

From 1/7/2017, when determining if an individual satisfies the $1.6 million eligibility threshold, it will be based on the taxpayers super balance (from all superannuation accounts) as at 30th June in the previous financial year. This means that after the 1/7/2017, if a person’s super balance is less than the $1.6 million threshold, they will only be able to bring forward the annual cap amount for the number of years that would take their balance to $1.6 million. For example;  If you super balance was $1.4 million on the 30th June 2017, you could contribute up to $200k as a bring forward  (NCC's) in the 2018 income year or alternatively contribute $100,000 p.a. for 2018, 2019. Once your superfund balance is $1.6million, you will not be able to make any further (NCC’s).

From the 1/7/2017. Currently, when a person reaches a condition of release they can choose to use 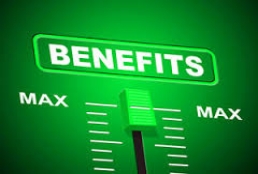 some or all of their super balance to commence an income stream such as an "Account Based Pension" (ABP) or a "Transition to Retirement Income Stream" (TRIS). Currently, all income from assets that are used to support an income stream are tax-free in the super fund and there has essentially been no limit as to how much income of the fund can enjoy tax-free.

In order to better target tax concessions and reduce the extent that superannuation is used for tax minimisation the government will introduce a new $1.6 million transfer cap from the 1/7/2017 indexed in $100,000 increments.The purpose of this cap is to limit the total amount of superannuation balance that can be transferred from  concessionally  taxed “accumulation account” to a tax-free “pension account”.
This legislation is retrospective in nature and will have a detrimental effect individuals currently in receipt of an (ABP) or (TRIS), who have more than $1.6 million in assets in their “pension account”.

From 1/7/2017 any amounts above 1.6 million  in the “pension account” will need to be transferred back to the individuals “accumulation account” which is taxed at 15% on income and 10% on capital gains for assets held for more than 12 months (previously, these amounts were tax-free).

There is no limitations as to the number of transfers that can be made into the “pension account” providing the individual has cap space. The amount of the cap space is determined by a proportionate method, which measures the percentage of the cap previously utilised.

For example, if an individual has previously transferred $1.2million (being 75% of the $1.6million cap) into their “pension account” then they will have access to 25% of the current cap (which would be $400,000). If the cap is subsequently indexed then the available cap will be calculated by applying the remaining percentage to the existing cap. So, if the cap has been indexed to $1.7 million, then the available cap would be $425,000 (being 25% of $1.7 million) instead.

hours while using their superannuation to supplement their income. However,(TRIS) have been increasingly used for tax minimisation purposes, rather than their intended purpose. At present, a person can commence a (TRIS) once they have reached their preservation age (being 56 in the 2017 year) increasing until they reach 60. Any income earned by assets in pension phase are currently tax free within a superannuation fund.

Currently, individuals in receipt of (TRIS) enjoy the following benefits:

From 1/7/2017 income form assets supporting a (TRIS) will no longer be tax-free and will instead be taxed in the superfund.

Currently a deduction for concessional contributions of super cannot be claimed for a personal concessional contribution unless (less than 10%) of a persons assessable income is form salary and reportable employer super contributions. This requirement may prevent individuals who are partially self employed and partially salaried from being able to claim super as a tax deduction and provide for their own retirement. From the 1/7/2017 the government is removing the 10% test which will allow greater flexibility of the superannuation system by allowing more individuals to contribute to superannuation.

Disclaimer: This guide contains general information only. Regrettably, no responsibility can be accepted for errors, omissions or possible misleading statements or for any action taken as a result of any material in this guide. It is not designed to be a substitute for professional advice, as such a brief guide cannot hope to cover all circumstances and conditions applying to the law as it relates to these items.