If you think building your super is only for retirement years, well that's not anymore true, well at least not after 13th December 2017. As on that date, new laws were enacted to allow you super to be withdrawn to purchase your first home. 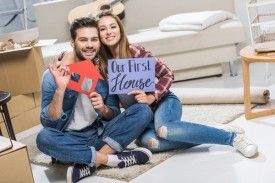 Under the FHSS Scheme, first home buyers who make voluntary contributions into superannuation system can withdraw those contributions (up to $30,000 limit) and an amount of associated earnings for the purposes of purchasing their first home.

Once the trustees of the super fund receive a release authority, they will pay to the ATO the amount specified in the release authority, even if no voluntary contributions are made to the fund. ATO will then withhold tax based on your estimated marginal tax rate from your payment after regarding 30% offset which is available to you and pay you the money (called assessable FHSS released amount) and issue you with a payment summary. No tax is withheld from non-concessional contributions released to you.

You must then buy a ‘residential premises’ after you receive the money within 12 months, this includes vacant land (if you’re planning to build), but not any premises that cannot be occupied as a residence, like not houseboats or motor home. Under special circumstances you can ask the Australian Tax Office (ATO) to extend this period to 24 months.

The home you purchase must become your home and not an investment property; you would have to occupy the premises for at least 6 months in the year after purchase (or construction). If you don’t buy a home within the time frame, you can either contribute the released amount back into super or pay a tax equal to 20% per cent of the concessional amount and associated earnings released to you.

Although the scheme sounds simple, there are many tricky corners to the scheme, if you are an advisor (or a parent of a teenager) please read the below detailed steps of the scheme: 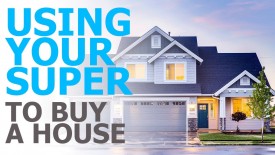 Eligible contributions in the scheme are:

(a) the maximum amount of contributions that may be eligible to be released is $30,000; and

(b) the maximum amount of contributions made in a particular financial year that may be eligible to be released is $15,000.

The real benefits of the scheme are only when you save via pre-tax income, by entering into a salary sacrifice arrangement with your employer or make a contribution from after tax salary where you also claim a tax deduction. You can contribute into more than one fund including a self managed super fund.

Mary is on a salary of $100,000, her employer contributes $9,500 as mandated SG contributions (9.5% compulsory super) to a superannuation fund in the financial year ended 30th June 2018. She enters into a salary sacrifice arrangement with the employer where she sacrifices $1,000 per month to super and the employer contributes $12,000 per year into a self managed super fund. On 15th June 2018, Mary contributes another $5,000 into her SMSF and claims it as a tax deduction in her individual income tax return.

Her total contributions are:

Step 2. What Contributions Can Be Released

(a) 100% your FHSS eligible non-concessional contributions;

(b) 85% of your FHSS eligible concessional contributions for the financial year.

It is expected that the majority of voluntary contributions that are made by individuals under the FHSS Scheme will be concessional contributions.

Step 3. How To Get Your Contributions Released From Super

The amount withdrawn can used as a deposit for a house or be a part of the balance due on settlement. The FHSS release amount cannot be used to furnish the home or for any other purpose such as acquiring an investment property or to repay debt.

You will be eligible if you meet all eligibility criteria, even if you plan to purchase your first home with a partner who does not meet the criteria. You can start making voluntary super contributions from any age, but you can't request a release of amounts under the FHSSS until you are 18 years old.

In making a FHSS determination, the ATO must identify a ‘maximum release amount’ based on your past (reported) contributions and associated earnings. When you are given one of these determinations or notices, you can request ATO to issue a release authority in respect of your superannuation interests, once you are assured that all contributions made are reported correctly in the determination.

FHSS amount should be received before you sign a contract to purchase or construct residential premises or you may be liable to pay FHSS tax (explained below). You cannot purchase a house (sign a contract of sale) and then apply for a release. As the release amount may take some time to be released, you can pay the initial deposit from your own savings and use the released amount for property settlement, if you wish.

Step 4. How Are Your Contributions Released

To ensure a valid request for a release authority is made, you must notify ATO the amount to be released and identify the superannuation interest or interests from which the amount is to be released, e.g. the name of the super fund and your member number etc.

Once you specify the amount to be released (maximum or a lower amount), you cannot request the ATO for release of any additional amounts. This is a once only event, however, if a superannuation provider does not release the requested amount (due to various reasons), a further request can be made to a different superannuation fund for an unreleased amount.

You can request multiple FHSS determinations from ATO, prior to purchasing your first home, however after a request for a release authority (which is an irrevocable request) has been made in relation to a determination, you will not be able to seek any further FHSS determinations.

The super fund who receives this release authority, will pay your superannuation interests to ATO who will withhold an amount for any tax payable by you, before paying it to you with a payment summary.

Step 5. How Is The Release Amount Calculated

The amount of associated earnings is calculated by the ATO using a proxy earnings rate. The proxy earnings rate will be the shortfall interest rate - which is essentially the 90 days Bank Accepted Bill rate, with an uplift factor of 300 basis points. For 2016/17 this rate was 4.78%.

Step 6. Order How Contributions Are Counted

An FHSSS amount can be released from a fund where the contribution may or may not have been made. Where the super interest is released from is up to you and you make that choice when you request ATO to release based on a determination issued to you.

Step 7. What Happens After Release

If you do not purchase your first home within 12 months of receiving the released amount you can either re-contribute the net amount (after withholding tax) received into superannuation, or pay an amount of tax (the first home super saver tax) to unwind the concessional tax treatment that applied on release.

The tax offset is neither refundable nor able to be carried forward.

Total contributions made for her are

SG Employer Contributions $16,000 (compulsory super) made by her employer;

Maximum FHSSS contributions can be $15,000 per year and compulsory super is excluded.

Assuming that $22,000 are associated earnings till 1st July 2030 when Mary requests ATO to release her super under FHSS Scheme

Her determination issued by the ATO will include maximum release amount of :

Step 8. Release Amount Can Be Contributed Back To Super

If you do not satisfy this requirement about entering into a contract to purchase or construct your residential premises, you may instead notify ATO that you have re-contributed an amount back into superannuation. This notification can only be made if you make one or more non-concessional contributions during the period that you had to enter into a contract and the total amount of your non-concessional contributions must be at least equal to your assessable FHSS released amount less any amounts that were withheld by ATO.

In our example above Mary received

However assessable release amount is $42,400 and withholding amount is $7,208

If further time is not approved by ATO you will have to pay 20% of your assessable FHSS released amount. Or you may be subject to this tax if you do not notify ATO that you have purchased a home or re-contributed the required amount into superannuation.

Your liability to FHSS tax arises at the time that you fail to notify ATO that you have entered into a contract or re-contributed the released assessable amount. Your liability to pay the tax arises after the 12 month period that you had to notify ATO has passed. Hence any application for an extension for a further 12 months period must be made before the expiry of the first 12 months to defer any potential tax liability.

You will receive a notice of FHSSS assessment from ATO and you will get 21 days to pay your FHSS tax. If you do not pay your assessed FHSS tax by the time that it is due and payable, you are liable to the general interest charge for each day in the period over which the amount is due but unpaid.

For more information on how the FHSS applies to you, please contact our office and speak with one of our qualified team of advisers.