The #1 Mistake People Make With Money 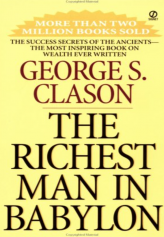 figure income but still be struggling with paying their bills.  Strange as it sounds, it’s more common than you think. There is actually only small correlation between a persons income level and how wealthy they are. I’ve seen people earning over $500,000 p.a. with no significant wealth and some people earning much less who have invested wisely and are multi-millionaires!

I remember doing a talk several years ago to a group of doctors about the subject of money.  I began the night by asking them what their biggest fear about money was? One attendee had this to say…

“ Hi , I’m Bill, a General Practitioner, age 55.  My biggest fear is that I won’t have enough money to retire  and I’ll have to keep working . I’ve earned a lot of money over the past 25 years, but have very little in the way to show for it except a big home, and expensive car , a holiday home, lots of expensive toys, a huge mortgage and 5 credit cards cards maxed out to their limit. I feel like I’m on a treadmill – doing it, doing it.  The harder I work the more taxes I pay and I can’t seem to keep much in my pocket! I love my work, but I just wish I didn’t have to work as hard and could spend more time with family “

After speaking to Bill,  I discovered that he ran a very successful practice. He employed several other doctors  in a country area with little competition and was able to charge high prices with relatively low costs. Although Bill worked long hours, the practice was highly profitable making over $500,000 p.a. in net profit.

Bill was stuck in the rat race of working, spending and then having to keep working because everything depended on him and he had no passive income from investments.

There are many other people like Bill. They all live in big homes, usually upgrade to new luxury cars every year,  wear brand name clothing, join the best clubs, eat at the best restaurants and take expensive holidays - mostly on their credit card. Financially speaking are going backwards fast. They are locked into a never-ending cycle of debt driven consumption. Their money habit's are to earn, spend and if there’s anything left over, invest. This is the biggest mistake people make with money. It doesn’t matter how much they earn, they will always increase their spending to match and have nothing to invest, which means they have to keep working.

The secret is that it’s not just what you earn, but what you actually KEEP that’s more important. The Richest Man In Babylon, by George Classen is where the principal of “pay yourself first”comes from. This means putting aside money for your investments first and then spending what’s left over.

In reality, most people don’t have the discipline to do that. The pay everyone else first and often there is nothing left to invest. This is the biggest mistake people make with money and until they address this problem they will continue to struggle with money.  This lack of personal self discipline is the No. 1 problem because If you can’t get control of yourself then you will never become financially free.

If you're an ambitious business owner looking to boost your current results or if you're looking to get your business off to a flying start we invite you to contact us today. You can expect practical business, tax, marketing and financial advice that could have a profound effect on your future business profits. To book your   FREE, one hour introductory consultation simply call us on (03) 9326 1244 or complete your details in the box at the top of this page and we will be in touch.