The Government has not made any announcement in this Budget to change the current personal income tax rates, nor to extend the two percent Budget Deficit Levy beyond 30 June 2017. Methods of claiming work related car expenses are proposed to change from 1 July 2015.

Notwithstanding the above, clients should be aware that the Labor 2013/14 Budget Savings (Measures No 1) Bill 2014 is currently before the House of Representatives which proposes to repeal the personal tax rate cuts that have already been legislated to commence from 1 July 2015. If the Bill is passed, the tax free threshold for the years ending 30 June 2016 and 2017 will remain at $18,200 and the second marginal tax rate will remain at 32.5 percent.

Currently, an individual (or a partnership which includes at least one individual partner) can claim car expense deductions in respect of a car owned or leased (e.g., by the individual) using one of the four methods:

From the 2015/16 income year, the government will modernise the methods of calculating work-related car expense deductions and the ‘12 per cent of original value method’ and the ‘one-third of actual expenses method’ (which are used by less than 2% of those who claim work-related car expenses) will be removed.  The ‘cents per kilometre method’ will also be modernised by replacing the three current (cents per kilometre) rates based on engine size, with one rate set at 66 cents per kilometre in respect of all cars. The Tax Commissioner will be responsible for updating the rate in subsequent years. 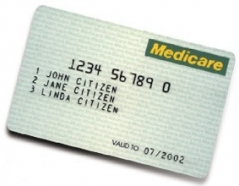 For 2014/15, the Medicare Levy low income thresholds will be as follows: 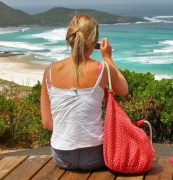 Currently, a working holiday maker in Australia can be treated as a resident for tax purposes if they satisfy the tax residency rules, typically that they are in Australia for more than six months (unless it can be established that the person's usual place of abode is outside Australia and that there is no intention to take up residence in Australia). This means they are able to access the tax-free threshold, the low income tax offset and the lower tax rate of 19% for income above the tax-free threshold up to $37,000.

The government will change the tax residency rules from 1 July 2016 to treat most people who are temporarily in Australia for a working holiday as non-residents for tax purposes, regardless of how long they are here. This means they will be taxed at 32.5% from their first dollar of income (up to $80,000).

Employees in Australia on a company sponsored temporary work visa such as a Temporary Work (Skilled) visa (subclass 457) will not be impacted by these measures.

Other articles in this edition:

IMPORTANT DISCLAIMER:This newsletter is issued as a guide to clients and for their private information. This newsletter does not constitute advice. Clients should not act solely on the basis of the material contained in this newsletter. Items herein are general comments only and do not convey advice per se. Also changes in legislation may occur quickly. We therefore recommend that our formal advice be sought before acting in any of these areas.