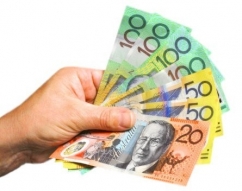 The maximum non-deductible contribution for most eligible taxpayers is $1

Taxpayers who receive ‘income’ of $300,000 or more in 2016/2017 will have their tax deductible superannuation contributions taxed at 30% rather than 15%. Please note that the definition of ‘income’ is not ‘taxable income’ but is a special definition similar to that used for the Medicare Levy Surcharge. Note that the government will decrease this income threshold from $300,000 to $250,000 per year from 1 July, 2017.

Changes to Transition to Retirement Pensions 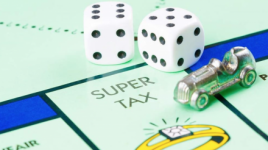 Transition to Retirement Pensions were originally introduced to help people in moving towards retirement by reducing their work hours while using their superannuation to supplement their income. However they have been increasingly used for tax minimisation purposes, rather than their intended purpose. At present, a person can commence a (TTR) once they have reached their preservation age (being 56 in the 2017 year) increasing until they reach 60. Any income earned by assets in pension phase are currently tax free within a superannuation fund. Currently, individuals in receipt of a (TTR) can enjoy the following benefits:

From 1 July 2017 income form assets supporting a (TRT) will no longer be tax-free and will instead be taxed in the superfund. 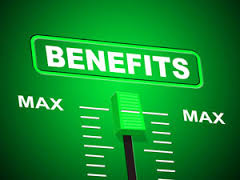 From 1 July 2017 currently, when a person reaches a condition of release they can choose to use some or all of their super balance to commence an income stream such as an "Account Based Pension" (ABP) or a "Transition to Retirement Income Stream" (TRIS). Currently, all income from assets that are used to support an income stream are tax-free in the super fund and there has essentially been no limit as to how much income of the fund can enjoy tax-free.

In order to better target tax concessions and reduce the extent that superannuation is used for tax minimisation the government will introduce a new $1.6 million transfer cap from the 1 July 2017 indexed in $100,000 increments.The purpose of this cap is to limit the total amount of superannuation balance that can be transferred from  concessionally  taxed “accumulation account” to a tax-free “pension account”.

This legislation is retrospective in nature and will have a detrimental effect individuals currently in receipt of an (ABP) or (TRT), who have more than $1.6 million in assets in their “pension account”.

From 1 July 2017 any amounts above $1.6 million in the “pension account” will need to be transferred back to the individuals “accumulation account” which is taxed at 15% on income and 10% on capital gains for assets held for more than 12 months (previously, these amounts were tax-free).

There is no limitations as to the number of transfers that can be made into the “pension account” providing the individual has cap space. The amount of the cap space is determined by a proportionate method, which measures the percentage of the cap previously utilised.

For example, if an individual has previously transferred $1.2 million (being 75% of the $1.6million cap) into their “pension account” then they will have access to 25% of the current cap (which would be $400,000). If the cap is subsequently indexed then the available cap will be calculated by applying the remaining percentage to the existing cap. So, if the cap has been indexed to $1.7 million, then the available cap would be $425,000 (being 25% of $1.7 million) instead.

If your income is less than $36,021 for 2016/17 you can make a non-concessional contribution of up to $1,000 and the Government will match this contribution with a co-contribution of 50% of the amount you have contributed. If you earn more than $36,021 and less than $51,021 you will receive a reduced amount.  To be eligible, individuals must earn at least 10% of their income from carrying on a business or as an employee, be a permanent resident of Australia and be under 71 years of age at the end of the financial year.

Disclaimer: This guide contains general information only. Regrettably, no responsibility can be accepted for errors, omissions or possible misleading statements or for any action taken as a result of any material in this guide. It is not designed to be a substitute for professional advice, as such a brief guide cannot hope to cover all circumstances and conditions applying to the law as it relates to these items.